Also more gigs will be announced soon for the Autumn, so stay tuned!

the official showcase of Womex 2016.

The first showcase selection of WOMEX World Music Expo 2016 has been announced.Okra Playground from Finland was chosen among over a thousand applicants to perform in the official showcase.

Okra Playground, formed in 2010, is a six-piece group of multiskilled music professionals. The music of the band is a captivating mix of modern soundscapes and the most ancient Finnish musical tradition, like runo songs, kantele and bowed lyre. Okra Playground released their debut album, Turmio, in October 2015. The album will soon be out also in Germany on Nordic Notes.

Maija has been working with her first solo album with a musician and award-winning record producer Colin Bass (Camel, Mustaphas3, 9Bach) from Wales and very talented sound engineer Joonas Saikkonen from Finland. Here you can watch a short teaser from the studio sessions. Follow the info about the album process in fb and home page.

Folk’Avant going to studio in October

The second half of the 12 month working grant starting soon.

Maija received a working grant of 24 000 € from Finnish Cultural Foundation in Spring 2016 and she has been working with her own music and projects developing them full time with that support. Thank you so much for believing and supporting! 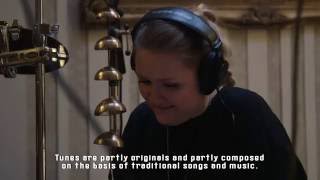 Touring in Sweden and Norway / August 2016